High Garden vineyard is owned and the fruit grown by Robin. He has been growing grapes and making wine in Australia since 1993, becoming a Master of Wine in 1997. Robin first arrived in NZ from Scotland in 1976 so High Garden is a happy return, after several decades in Australia. Robin purchased the High Garden Vineyard in March 2020 because he thinks it has the potential to make great Pinot Noir if managed with great care by a team dedicated to the highest standards.

Gary is one of Central Otago’s most experienced viticulturists and has been managing the High Garden Vineyard for a decade. Gary lives with his family in Gibbston just down the hill from High Garden. Gary is working with Robin to enhance the natural health of the soils, using a combination of organic and biodynamic practices. These include the planting of grasses in which insects like wasps, which prey on vineyard pests, can thrive. All the vineyard work is done by hand.

Jen was born and raised in Oregon and is a graduate of Stanford University. She has made wine in the USA, France, South Africa and Australia. With 30 vintages behind her including 17 in NZ Jen has received many accolades including multiple trophies for Pinot Noir, “Champion Winemaker Award” at the NZ International Wine Show. In 2020 Jen was recognised by Gourmet Traveller WINE NZ as New Zealand Winemaker of the Year. She is an accomplished Wine Judge and has twice served as the Chair of the Central Otago Pinot Noir Celebration. With High Garden Vineyard Robin feels like a student all over again as he learns about Pinot working with one of the worlds’ most accomplished winemakers. 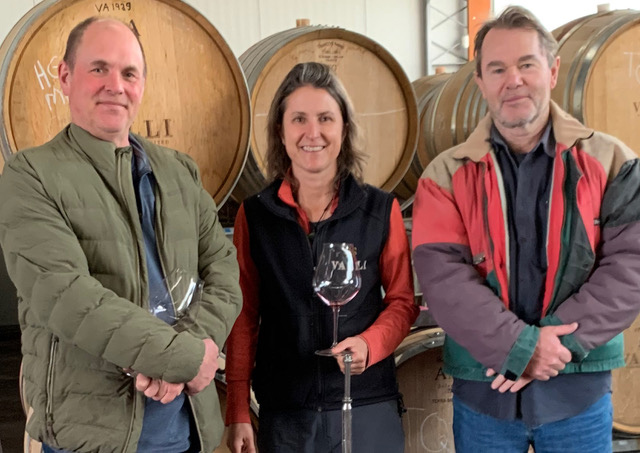